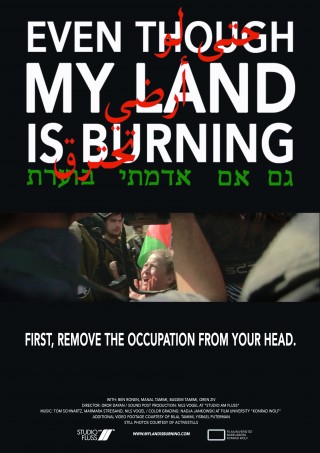 Even Though My Land is Burning – Film & discussion

In the face of the daily violence and oppression of Israel’s occupation of Palestine, some Israelis and Palestinians still believe that resisting together can lead to a shared life in a just and free country for all. A decade after the Palestinian popular resistance against the apartheid wall began, “Even Though My Land is Burning” tells the story of Israeli-Jewish anti-Zionist activists and their role in the Palestinian popular struggle against the occupation and confiscation of land today, through a cinematic snapshot of one such activist ́s involvement in the West Bank village of Nabi Saleh.