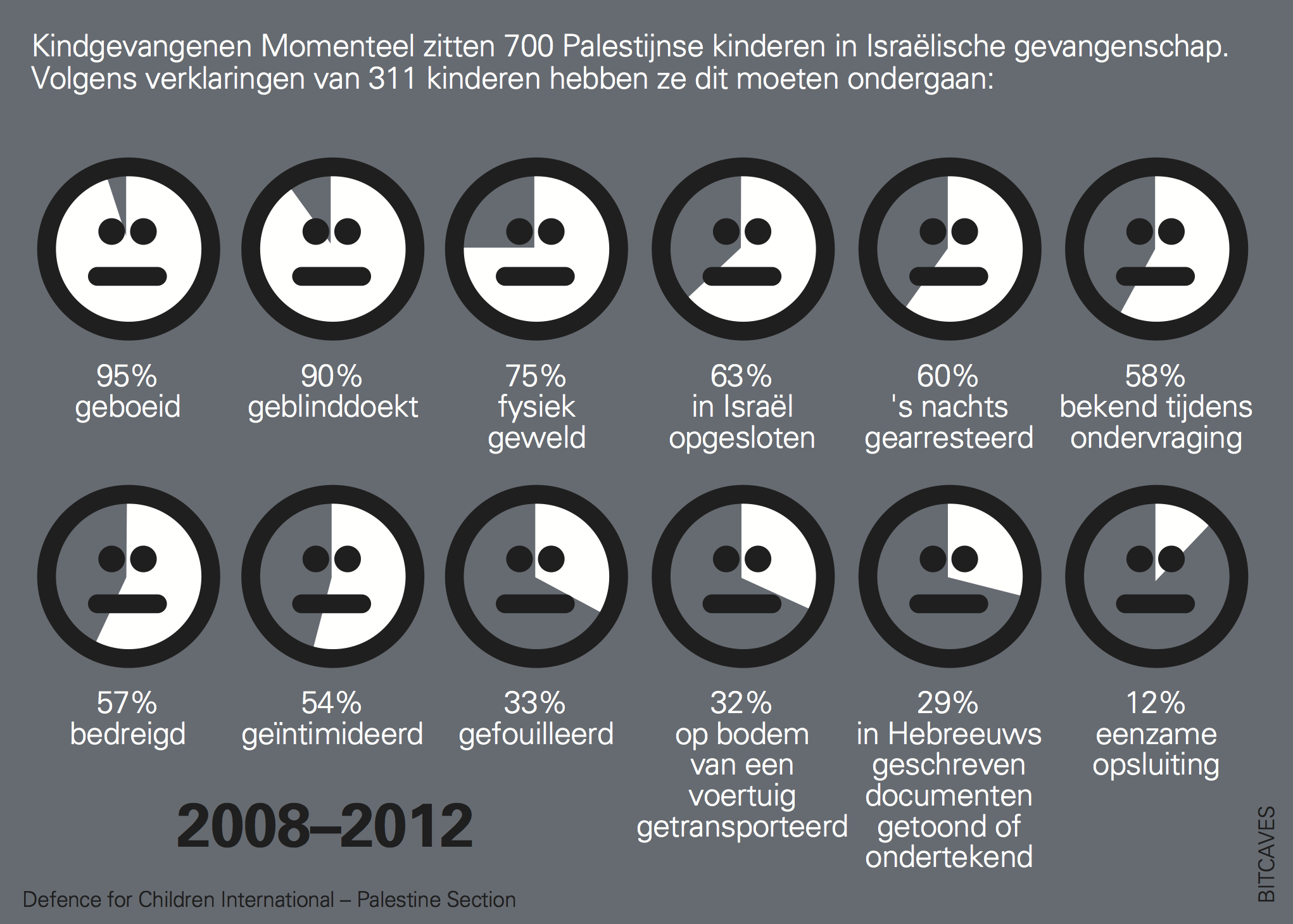 Support our campaign for Palestinian children in Israeli detention. Please send Minister Timmermans the attached postcard with your name and signature.  Fore a printed version of the postcard you can contact us at info@gate48.org

Since 1967, Palestinian children as young as 12 years have been prosecuted in Israeli military courts and imprisoned inside Israel. These children are generally arrested in the middle of the night by heavily armed soldiers and taken, bound and blindfolded, to interrogation and detention centres, usually located inside settlements. Reports of ill-treatment during arrest, transfer and interrogation are common place, leading to the provision of confessions and conviction by military court in the overwhelming majority of cases. Since June 2011, gate48 is leading, together with five other Dutch organisations, a campaign for Palestinian children in Israeli detention. To learn more about our campaign, please visit the site of the Nederlandse coalitie voor Palestijnse kinderen in Israelische gevangenschap.

Results of our campaign