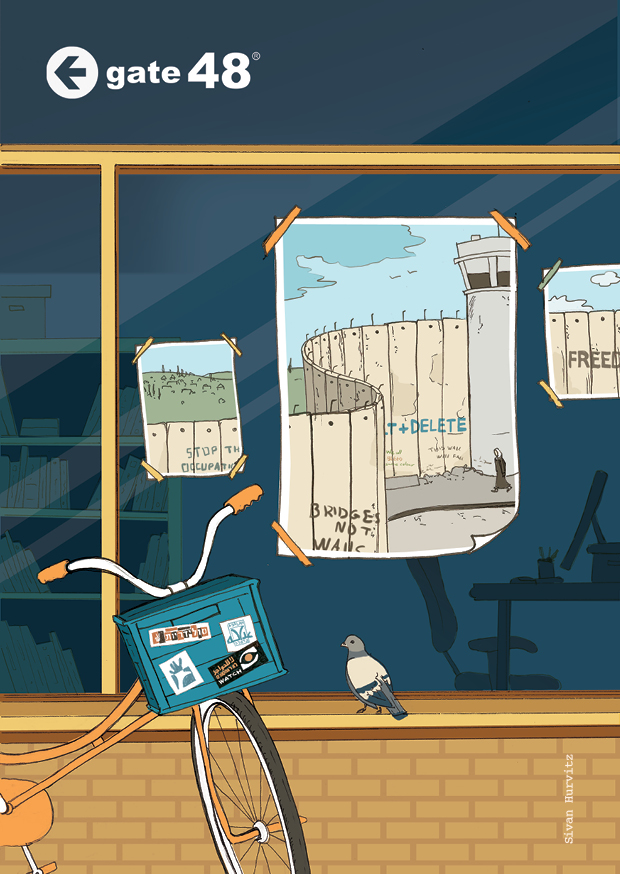 gate48 supports non-violent resistance to the occupation. We see the occupation as the main reason for human right violations conducted by the Israeli government against Palestinians, including home demolitions, restrictions of movement, child arrests and resource grabbing. We believe that security for both peoples can never be achieved by suppressing others or by hiding behind concrete walls, but only by ending the occupation. Respect for human rights and international law is the only basis for justice and for creating the possibility for a shared and prosperous future for Israelis and Palestinians. Two peoples who share the same land must also share equal justice and equal rights.