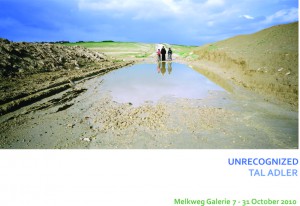 The Bedouin are the native Arab inhabitants of the Negev desert. They make up ten percent of the Arab/Palestinian population of Israel, and are one of the most disempowered groups within Israeli society, as well as one of the most discriminated against. Most of the Bedouin lost their land with the foundation of the state of Israel in 1948, and live as refugees in Egypt, Jordan, Gaza and the West Bank. The Bedouin who remained within the borders of Israel have been relocated to a concentrated area in the Negev. The Bedouin citizens of Israel now amount to 180,000, half of them reside in seven townships established by the state. The other half inhabit 36 villages that are officially not recognized by the Israeli authorities. These unrecognized villages do not appear on official maps; they have no water and electricity infrastructure, no roads, and no sewage systems. In addition to that, the inhabitants of the unrecognized villages are under a constant threat of house demolitions. The most recent demolition of houses took place in July. At the order of the Israeli authorities al 35 houses of the village al-Arakib were completely demolished. As a result, some 400 people now find themselves without a home.

In order to bring more public attention to the villages and their struggle for recognition, the Israeli photographer Tal Adler, in collaboration with ‘Regional Council for the Unrecognized Villages’ and individual representatives from the Bedouin community in the Negev, created a project that portrays each village through a single story and a photograph. The choice of the story to be told and what picture should accompany it, was made jointly by the person in the photo and Adler himself, in a process that took over two years.

Tal Adler was born in Jerusalem, and currently lives and works in Vienna. Adler is an artist, activist, curator and lecturer. In his artistic work he employs methodologies of academic and journalistic research and of creative social-political activism. Adler studied in various art institutions, including the post-graduate program in Bezalel Academy for Art in Jerusalem and is holding a Magister in Fine Arts from the Academy of Fine Art in Vienna, Austria.

The “Unrecognized” project has been presented at a variety of venues in Israel, Europe and the USA, in the intention to mobilize the international community to contribute to the process of change in Israel.