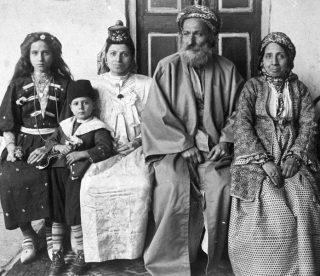 Prof. Ella Shohat is an Iraqi Israeli woman living and teaching in the U.S. She is considered one of the leading postcolonial theorists. Shohat was one of the first to write and theorize about the experience of Mizrahim, Jews from non-European/Eastern descent in Israel. To become part of the European project Jews had to de-orientalize themselves and were contrasted with Muslims and Jews from the Orient. Her current studies deal with the multifaceted and long history of Judeo-Muslim culture that is not often acknowledged.

In the public event at the Nieuwe Liefde Matthea Westerduin and Yolande Jansen will go into a conversation with Shohat to explore in what way the perspective of these silenced voices and histories shed new light on today’s position of Muslims and Jews in Europe and the Middle East. more information here

At the masterclass hosted by the Netherlands Institute of Cultural Analysis Shohat will address the theoretical framing of Jews and Muslims in Political theory and Public debate. more information here